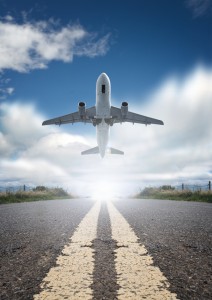 The Guardian recently reported that the Arab Spring, which started in late 2010, has resulted in an increase in capital punishment throughout the Middle East. Governments are cracking down on dissidents, and they’re using capital punishment to send a life-threatening message to organizers of pro-democracy movements.

The Arab spring that swept across the Middle East signaled social media’s ability to mobilize the masses tired of the status quo. No doubt, the actions of citizens who protested in areas like Egypt’s Tahir Square inspired countless people across the globe. But the possibility of powerful regimes toppling to Twitter posts points to the risks involved in seeking surgical solutions outside the United States.

The Risks of Cosmetic Surgery Tourism

So-called cosmetic surgery tourism is the practice of having your medical procedures performed abroad. The most common reason is to save money. But as the revolts throughout the Middle East have shown, the risks of having surgery done in foreign countries include political ones as well.

Would you want to be on the operating table undergoing your Mommy Makeover during a Facebook-driven revolt? How worried would you be after watching CNN’s non-stop coverage of political upheaval in the country in which a loved one was recovering from rhinoplasty?

Not all countries that offer cosmetic surgery tourism are located in political hot zones. But many that offer bargain basement surgery prices don’t adhere to the strict safety standards established by U.S. based trade organizations, such as AAAASF (The American Association for Accreditation of Ambulatory Surgery Facilities—quite a mouthful, I know). So if you’re not taking a political gamble, you may be taking a safety one. In the end is there a price you can put on peace of mind?